Sorry for the delay! I’m just barely slipping this in before I have to start working on my 2019 list, whoops!

Series[eseseseses…] I loved reading in 2018

Other scifi and fantasy I loved reading in 2018

Other books I loved reading in 2018 that related to gender, race, and class

Other non-fiction I loved reading in 2018

This is the latest I’ve ever put out my best-books-of-the-year post! Sorry for the delay, folks. But I think the books I’m recommending here are worth the wait.

Books I loved reading in 2017 that focused on grandparents

Books I loved reading in 2017 that related to gender, race, and class

Other intense fiction I loved reading in 2017

Other light fiction I loved reading in 2017

Other non-fiction I loved reading in 2017

I read a lot of amazing books this year, but looking back it seems that most of them were very dark and emotionally difficult. I recommend them nonetheless. (Actually, I read so many good books last year that this list doesn’t contain all of them! I had to trim it down to the best of the best to keep it manageably short.)

Other fiction I loved reading in 2016 that focused on slavery

Other fiction I loved reading in 2016

Books that taught me how to do something (or do it better!) in 2016

Non-fiction I loved reading in 2016 that related to race, gender, and/or class

Other non-fiction I loved reading in 2016

As I was saying, I spent about 3 weeks alone in Chiang Mai, Thailand last December. I just posted my sketches from the previous week in Singapore, and now here are the Thailand sketches! Honestly they’re mostly a bunch of wats. 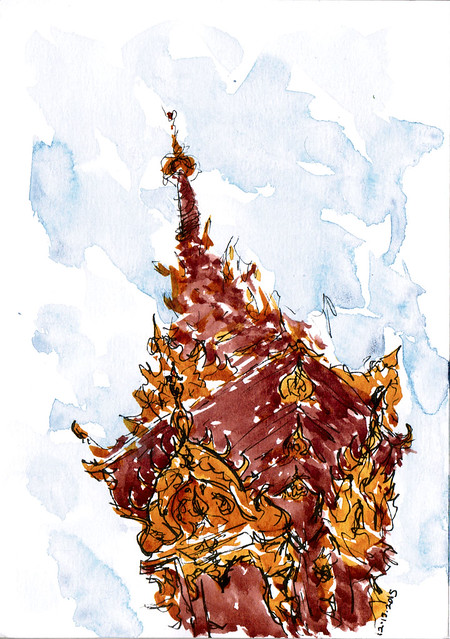 Wat Khuan Khama (near some of the best khao soi in town, Khao Soi Khun Yai) 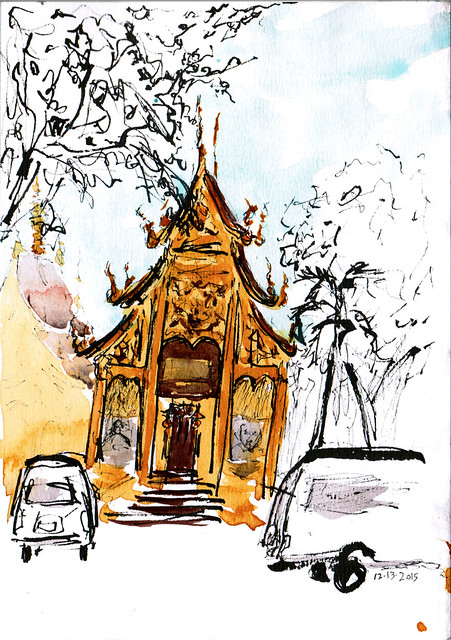 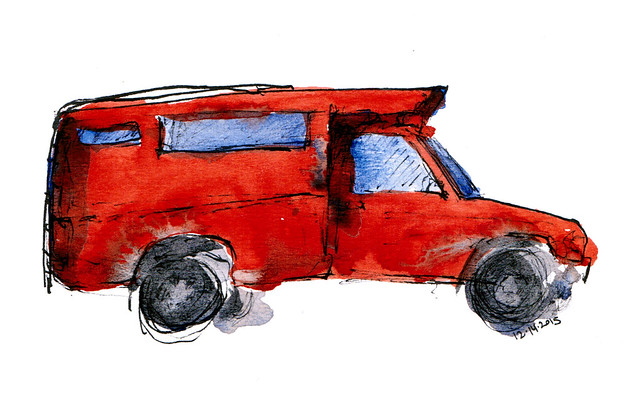 I got around mostly by songthaew. You hail these little red trucks and tell them where you want to go, and if you’re lucky they say sure and name a price. It’s usually ~20 baht anywhere in the old city, and more if you want to go further afield. This is a pretty great deal as compared to how much you’d otherwise pay for a tuk-tuk. 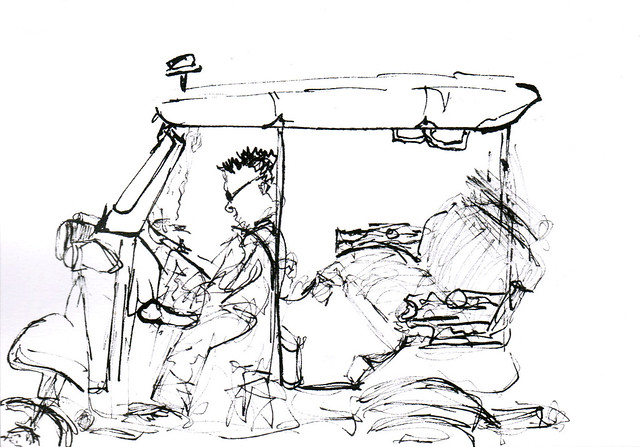 If you can’t catch a songthaew, you take a tuk-tuk. On the plus side, it’s just you and therefore goes exactly where you want with no side-trips to drop off other passengers. On the down side, it’s an order of magnitude more expensive.

Bird’s Nest cafe was practically around the corner from where I was staying, so of course I spent lots of time there. Great tea, and a view of yet another lovely wat 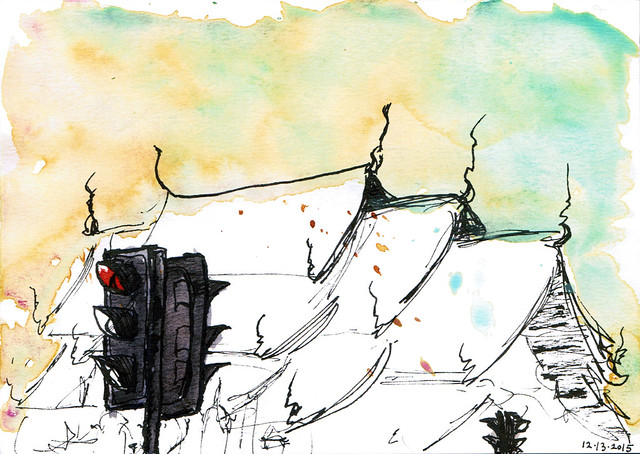 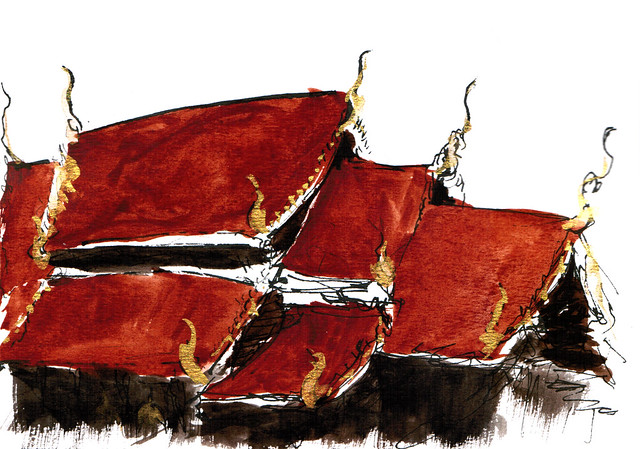 Another take on Wat Pha Bong

There were a few kids playing music and accepting donations near the big Saturday night market. 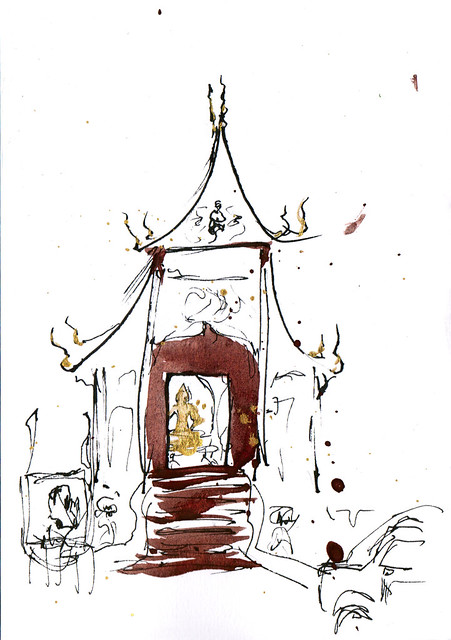 I wish I could remember where this wat was.

I kept going back to this lady, since she was willing to serve me food that was actually moderately spicy.

I went traveling alone last December, spending about a week in Singapore followed by three weeks in Chiang Mai, Thailand. (And then Dave met up with me for a week and a half in Taiwan at the end, but I didn’t do much sketching there since I was with him.)

I tweeted my sketches as I went, but since it was such a fantastic trip I really wanted to gather my favorites together in one place here as well. (I’ll post my Thailand sketches separately, soon!) 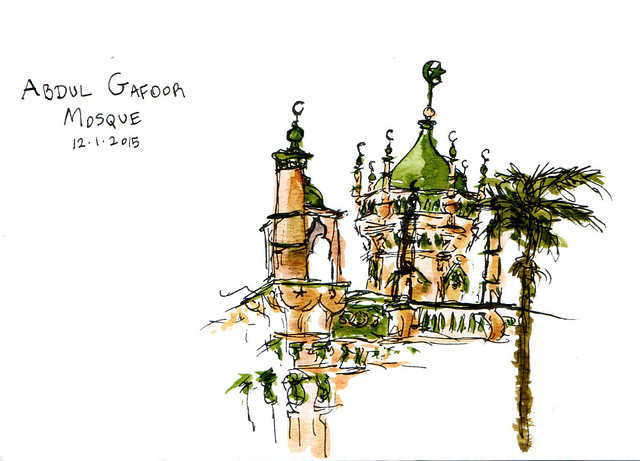 Abdul Gafoor Mosque was just a few blocks away from my hotel! 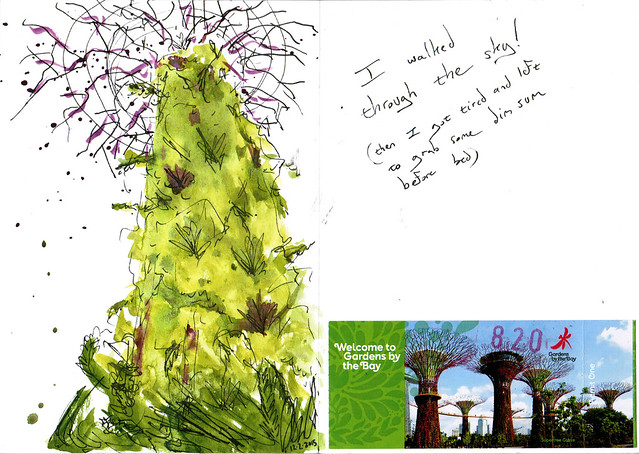 I had to walk through the sky in Gardens By The Bay, of course! 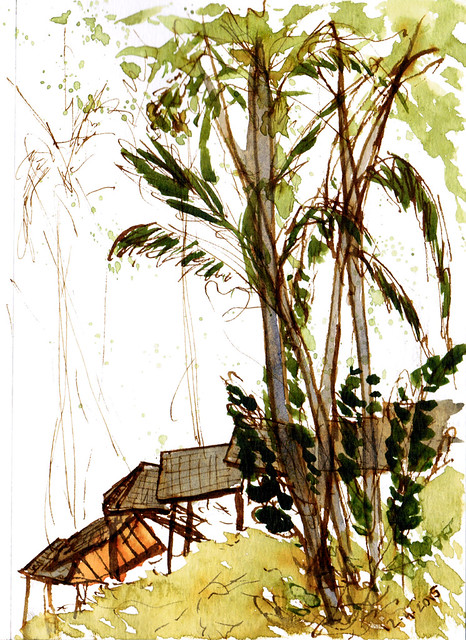 Just a charming walking path I stumbled across. 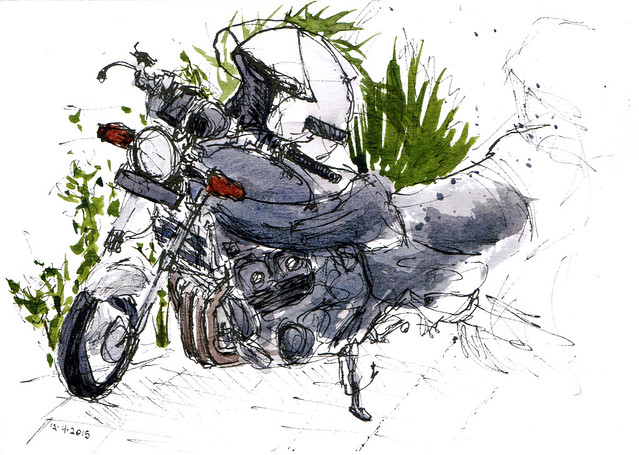 A very nice strangers stood quietly watching me sketch this motorcycle for a long while, then apologetically interrupted me and told me that he had to leave. I was super confused at first - I hadn’t realized it was his bike I’d been sketching the whole time! 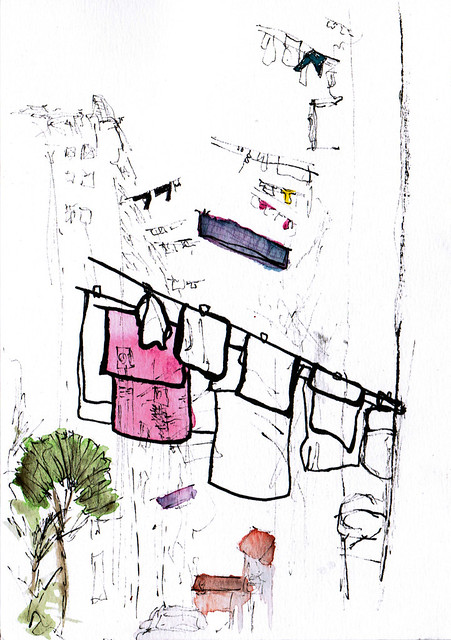 A friend of mine insisted that I had to visit HDB (public housing) while I was there, so I got to sketch laundry drying in Everton Park. 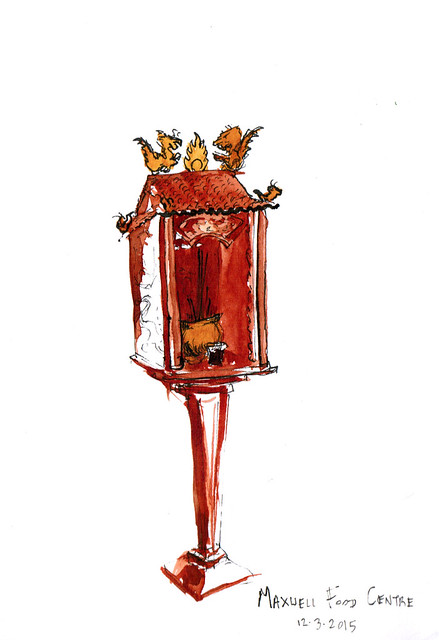 These small shrines were ~everywhere. 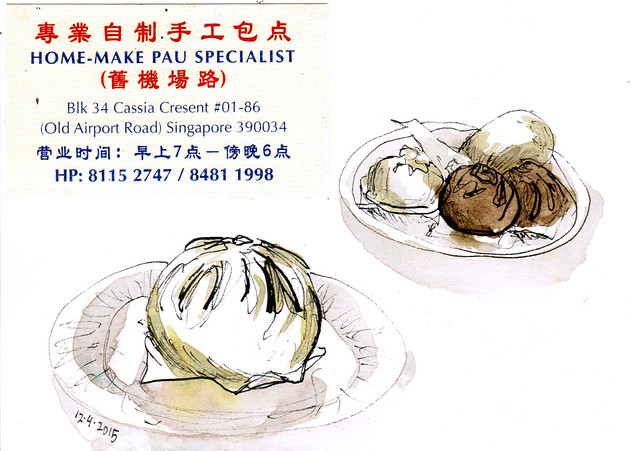 I was obsessed with the coffee lotus buns at this one place over by Cassia Crescent. 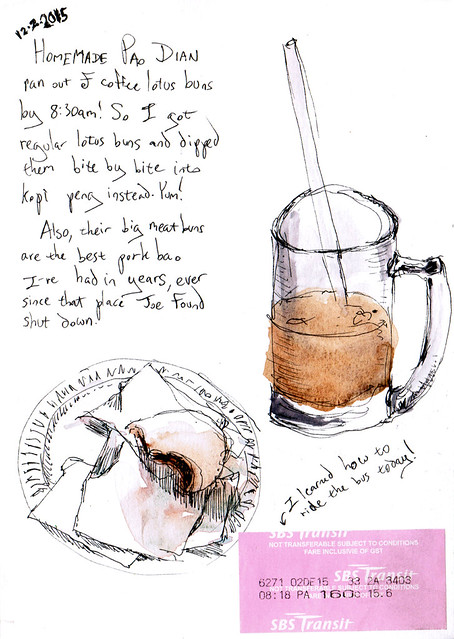 So obsessed. I should make bao more often now that I’m home! 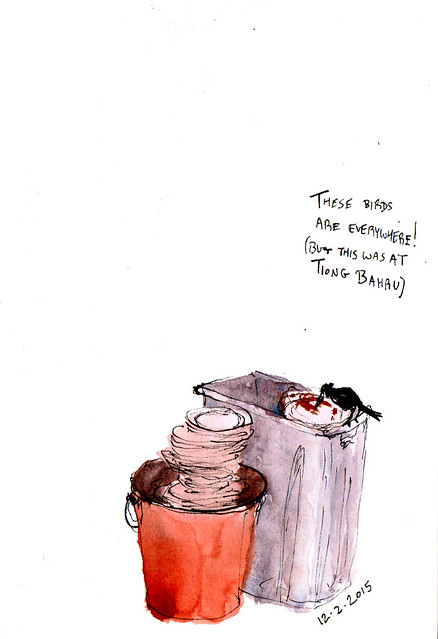 Since my Singapore trip was so food-focused, I feel I ought to end with these dirty dishes and birds that kept trying to eat them clean!
Page: 1 of 13 Next